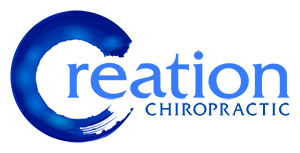 There are many kinds of arthritis conditions. Rheumatoid arthritis, psoriatic arthritis, osteoarthritis…Oh my! But they all have one thing in common: Inflammation of the joints. “Arthro” means joint and “itis” means inflammation. So, arthritis simply means “joint inflammation.” However, when it comes to understanding what that actually means as a condition, it isn’t so simple.

The real concern should be, why? Why do you even have inflammation, whether it’s in your joints or anywhere else?  Inflammation is a natural and normal way for your immune system to protect you and heal you. So which one of those things is bad for you? Neither. Inflammation is good for you. Always. So why do so many people seem to have a problem with it? Because it hurts. Because it can be associated with complications in the body. The truth is, if the inflammation we often times don’t like so much didn’t happen, we would have even more problems.

For example, let’s look at one of the latest popular ads for a drug called Enbrel. It shows a famous golfer who was having problems moving due to psoriatic arthritis, until he took this drug. He felt better. But how? Enbrel is one of many anti-inflammatory drugs used to treat or stop inflammation. Well, there is always a price to pay for anything we do to the body that it isn’t designed for. If you listen closely to the narrator, he begins to list all the concerns associated with this and the other anti-inflammatory drugs. He lists all kinds of immune system problems that normally we would have no problem fighting off naturally, because anti-inflammatory drugs are given to shut down the immune system. So he can swing a golf club, but now he will have a problem fighting off everything from the common cold to tuberculosis!

Luckily, perceptions are starting to change. In our parents day, inflammation was always demonized. “Get rid of it.” “Bad inflammation!” Luckily, perceptions are starting to change. That antiquated idea is dying out. Remember, inflammation is the main way our body protects and heals us. It’s a process that is involved with virtually every other aspect of function, so the immune system is pretty darned important. Inflammation is its main tool. Take that away, and we sign on for all kinds of other issues, even death as a possibility. So what can we do to respect this intelligence running our body?

All roads lead to the nervous system. It’s like the song, “The hip bone is connected to the knee bone,” only with your body systems. Arthritis pain is caused by inflammation, which is controlled by the immune system, which is controlled by the supreme system that controls everything in the body, the nervous system. And we all get interference to this system, called spinal subluxations. They decrease the function of the nervous system, which decreases the function of the immune system, which often increases inflammation, which often causes arthritis conditions, under many names. So regardless of whatever else you may do to treat the effects of inflammation, get your spine checked to make sure that the systems that control inflammation are working exactly as they should.